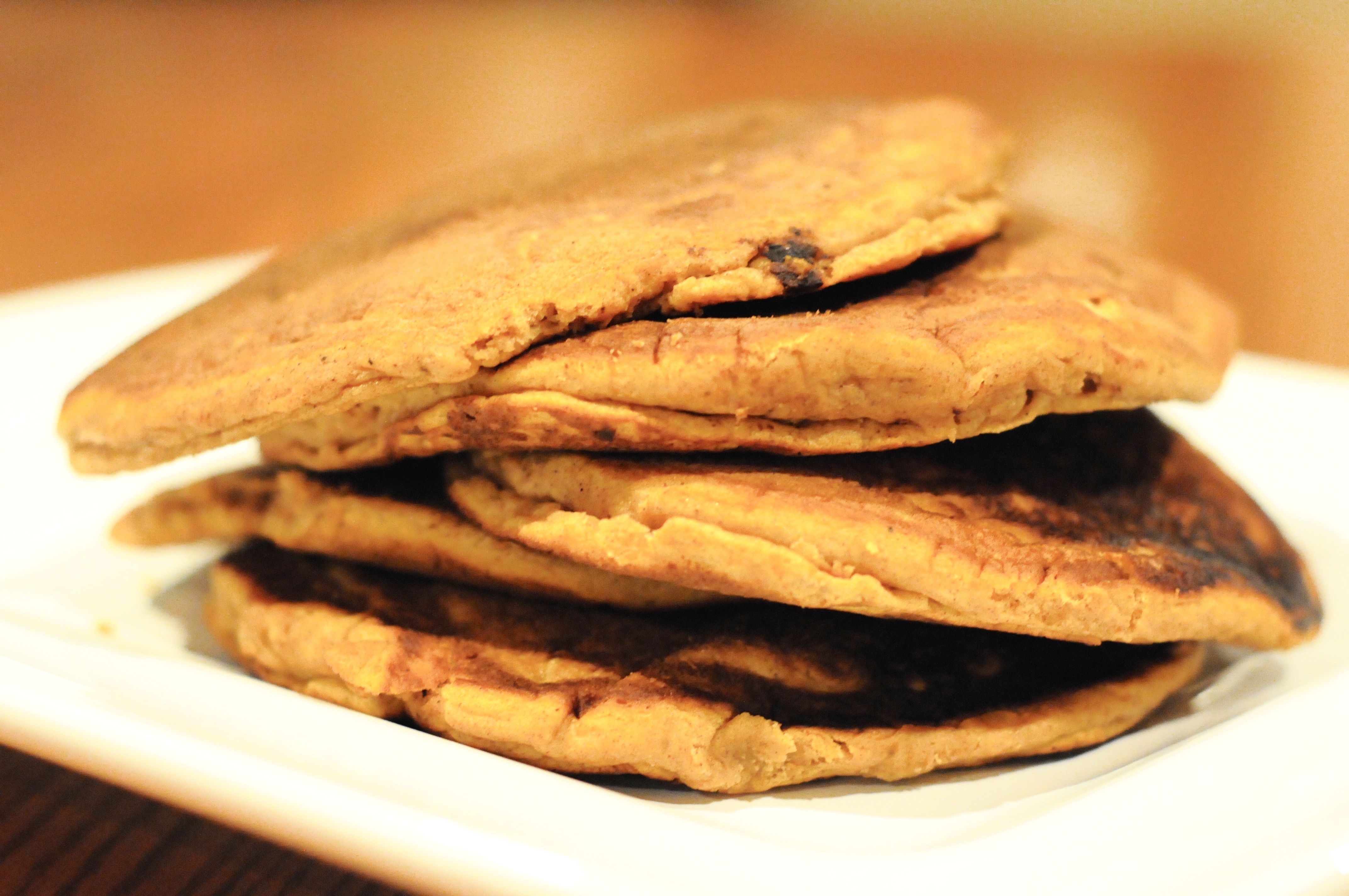 Every few months Josh Carlile hops in his car and drives through three states for a pumpkin pancake fix.  Yesterday the craving got the best of him, so I was blessed with an impromptu visit with my adopted son.  As we poured the syrup, we reminisced about that fateful Thanksgiving many years ago in Alaska when he and his brothers came over to visit my sons and a surprise ice storm locked us in the house together for three days.  This recipe was part of my “feed an army of teenage boys without warning” repertoire and thus began Josh’s pumpkin pancake addiction.  I wouldn’t share this recipe if it risked Josh mixing his own pancakes and skipping these sweet one hundred seventy-six mile trips (each way), but I think he likes the hugs too.  Hugs are more addictive than pumpkin pancakes, and the recipe is even simpler.  Just hold as often and as long as you can.

In large bowl whisk together

¼ cup sugar (or honey added to the wet ingredients)

In a blender or bowl with a whisk, mix

Add wet ingredients to dry and briefly stir (if batter is overworked the gluten starts to develop and they won’t be as fluffy).  Fry on griddle or skillet.  These pancakes are a bit more substantial then the normal, boring, white fluff you may be used to.  They will take an extra minute or two to completely cook.

PS- the Leigh kids have a serious, ongoing disagreement.  The majority insist that pancakes require chocolate chips.  The eldest refuses to taint perfection with something as irreverent as chips of cheap, waxy chocolate. I leave this critical decision to the cook, but you would suffer a terrible disservice if I failed to mention how amazing toasted pecans are on these pancakes!